Plinio il Vecchio, in “Historia Naturalis”, describes the “Itriola”, a typical grape of the region, which according to several scholars is likely to be the Sagrantino grape.

Other historical sources assume that the vines were imported from Minor Asia by the followers of Saint Francis of Assisi.
By 1088 there was written evidence of vineyards in Montefalco and numerous documents dating back to the thirteenth century referring to “the care and the dedication of the vine growers towards the vineyards”.

From the first half of the Fourteenth century communal laws started to protect vines and wine, dedicating whole chapters and sections of communal statutes to them.

In 1451 the famous Florentine painter Benozzo Gozzoli was called upon by the Franciscan monks to paint frescos in the apse of their church, maybe he was depicting Sagrantino when he painted red wine within the frescos dedicated to Saint Francis of Assisi.

From 1540 a communal decree officially established the registration of grape harvest in Montefalco.

The first document that officially discusses the vines dates back to the Sixteenth century and is held in the notarial archive in Assisi. 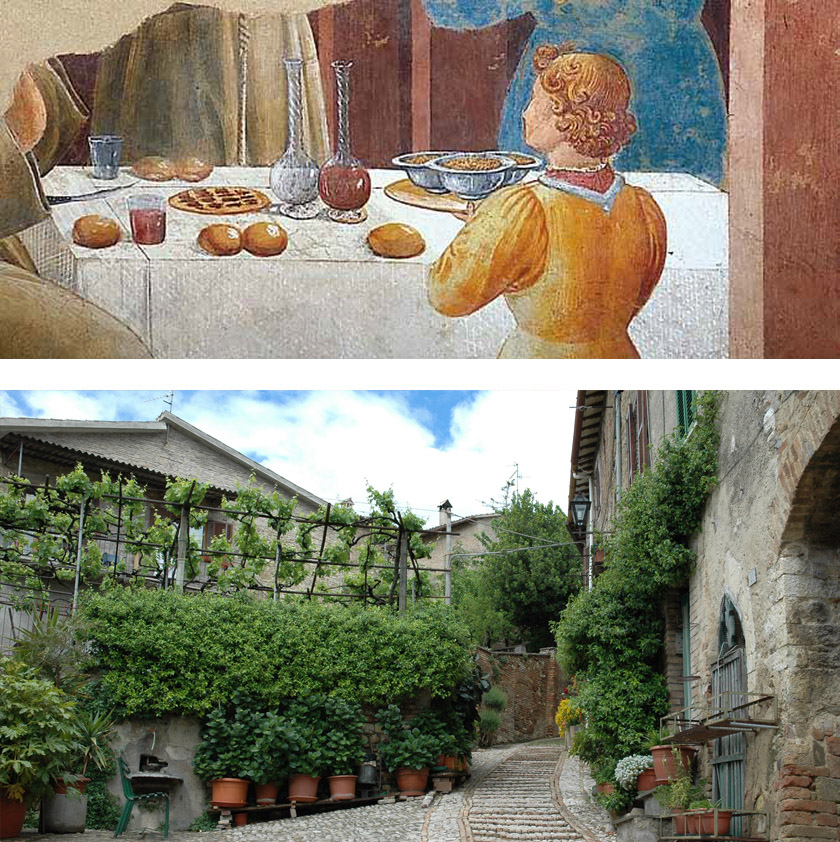